It has only been a few weeks since the forced vaccination lobby rammed a bill (SB 277) through the California legislature eliminating the personal belief vaccine exemption so children will have to get dozens of doses of federally recommended vaccines or be denied a school education.1 While California was being subjected to one of the most aggressive and expensive state lobbying campaigns2 ever mounted by the pharmaceutical industry in partnership with medical trade associations funded by industry and government3 4 5 6 that same lobby was pulling an even bigger fast one on the American people in Washington, D.C.

Here comes the 21st Century Cures Act (H.R. 6),7 which is a Pharma-driven bill8 blessed by the FDA9 that seriously compromises the integrity of the FDA drug and vaccine licensing process. 10 The 362-page bill sailed through the U.S. House of Representatives on July 10, 201511 and mandates that about $9 billion dollars be given to NIH to develop more drugs and vaccines and $550 million be given to the FDA to fast track products to market.12

The bill allows the FDA to lower licensing standards for testing of experimental drugs, medical devices and “biological products” – a category that includes vaccines -13 14 15 so companies will no longer be required to conduct large, case controlled clinical trials16 17 18 to evaluate safety and effectiveness. Instead, FDA can accept novel statistical analyses 19 and “clinical experience,”20 such as anecdotal evidence from patients.21 The 21st Century Cures Act is being sold as a way for the FDA to quickly license experimental pharmaceutical products for people suffering with rare or life threatening diseases, whether or not those products have been adequately tested.26 However, greasing the FDA licensure skids to make experimental drugs available for the sick and dying, who voluntarily choose to use them, is one thing, while greasing the skids to bum rush experimental vaccines to licensure that government will legally require healthy children and adults to buy and use, is something quite different.27 28 29 30 31

Nearly every single vaccine that the pharmaceutical industry creates and the FDA licenses for child use is eventually recommended for all children and mandated by state governments for daycare and school entry.32 33 34 35 36 And, now, many adults are being brought into the vaccine mandate net as well.37 38 39

Coming on the heels of the Affordable Health Care Act,40 which guaranteed that the pharmaceutical industry and their products will continue to dominate the most expensive health care system in the world,41 42 43 44 45 46 there are so many breathtaking ways the 21st Century Cures Act will endanger the public health that it is hard to know where to begin. The word “vaccines” is not being publicly uttered by anyone sponsoring the bill. However, the Biotechnology Industry Organization (BIO), which represents more than 1,500 pharmaceutical and other health product corporations, is already crowing about how they managed to influence Capitol Hill politicians to incorporate the “Vaccine Access, Certainty and Innovation Act of 2015” into the 21st Century Cures Act.47 48 Read NVIC's press release by clicking the image to the right.

Faster Track for Vaccines You Will Have To Take in Future

So, if the Senate approves and the President signs this life-threatening bill into law by the end of this year, what will happen to the hundreds of experimental vaccines that will be fast tracked to licensure and mandated for you and your children to get in the future? Just so you know, that list includes vaccines for HIV/AIDS,49 50 51 chlamydia,52 cytomegalovirus,53 hepatitis C,54 genital herpes,55 syphilis,56 gonorrhea,57 e-coli,58 norovirus,59 tuberculosis60 and many, many more.61 62

Gutting Informed Consent Along with Science

First, the 21st Century Cures Act allows the FDA to expedite licensure63 64 of new vaccines and expand uses for existing vaccines65 based on:

Second, the new law would allow researchers to conduct “clinical testing” of experimental pharmaceutical products on people without first obtaining their informed consent71 72 73 if “the proposed clinical testing poses no more than minimal risk.”74 75 It is not clear who decides what constitutes “minimal risk,” but presumably that will be left up to industry and government officials. It is also not clear whether minor children can be enrolled in experiments without the informed consent of their parents.

Just for fun, I looked up the definition of Bayesian to see what will happen if the FDA lets drug companies use that method instead of large randomized clinical trials76 77 78 79 80 to determine whether an experimental vaccine is safe or not. Here is what the dictionary says about Bayesian:

“Being, relating to, or involving statistical methods that assign probabilities or distributions to events or parameters based on experience or best guesses before experimentation and data collection and that apply Bayes' theorem to revise the probabilities and distributions after obtaining experimental data.”81

The key phrase to focus on is “based on experience or best guesses before experimentation or data collection.” While we know federal agencies have been guessing for a long time when it comes to pronouncing vaccines safe and effective due to long standing gaps in vaccine safety science,82 83 84 85 86 it is irresponsible for Congress to bow to Big Pharma and codify into law the legal right for FDA officials to use flimsy “best guess” statistical methods and unreliable surrogate endpoints to support claims that a new vaccine is safe and really works, instead of requiring vaccine manufacturers to conduct in-depth biological mechanism research and large, well-designed clinical trials.

Moving numbers around in a computer is a poor substitute for actually proving an experimental vaccine does not kill and injure real human beings before it is licensed.

Congress and Pharma: Friends with Benefits Not satisfied with a total product liability shield and with access to billions of dollars in American taxpayer money to build new vaccine plants91 92 93 and create hundreds of new vaccines,94 95 96 while getting government-paid free advertising97 and enjoying a predictable market from “no exceptions” vaccine mandates, the pharmaceutical industry is now insisting that Congress give them a free pass on the science, too.

The financial public private partnership that Congress has directed government to forge with industry through a series of federal laws created over the past 30 years,98 99 100 101 102 103 104 105 106 is a drug company stockholder’s dream and a consumer’s worst nightmare. That lucrative partnership, which is using the “greater good” club to violate the human and civil rights of the American people in the name of a highly politicized “War on Disease,” has the potential to destroy more lives than any war our nation has ever fought.

The 21st Century Cures Act is a prescription for disaster. Vaccine research, development and fast tracking should not be a part of it.

If you want to make your U.S. Senator and Representative aware of what you think of the 21st Century Cures Act, become a user of the free online NVIC Advocacy Portal. The Portal can put you in immediate electronic contact with the people you elected to represent you in Washington, D.C. so you can politely, of course, give them a piece of your mind.

Stand up for your right to know and freedom to choose.

It’s your health. Your family. Your choice.

Ellen McCaleb
Posted: 7/22/2015 1:49:53 PM
Here's some anecdotal evidence - my unvaccinated children are the healthiest children I know. When recently dropping my nine year old son off for a week of camp, we had to check in with the camp nurse. He is on no prescription drugs. After waiting in line behind five children that each had a bag full of prescription bottles, the nurse was very surprised...no meds? When did my normal son become abnormal?

Mark Richards
Posted: 7/22/2015 3:05:29 PM
There's nothing on the NVIC Advocacy Portal directing readers to this bill. Note: under &quot;Gutting Informed Consent Along with Science&quot;, second paragraph: &quot;Second, the new law would allow researchers to conduct “clinical testing” of experimental pharmaceutical products on people without first obtaining their informed consent71 72 73 if “the proposed clinical testing poses no more then minimal risk.”74 75 Correct spelling: &quot;the proposed clinical testing poses no more than minimal risk&quot; The bill includes calls for HHS to hold &quot;public meetings&quot; before any change to the trial methods. We all know how that goes. If this is signed, and it seems likely, lawsuits will surely follow. On behalf of its fiscal enablers The US government gets what it wants. Every time.

Tactical111
Posted: 7/22/2015 4:57:47 PM
Wow, Hitler could only have dreamed of the Totalitarian boot stomping this Corpo Puppet Gov. has in store for us. And notice the &quot;new speak&quot; like the &quot;Patriot Act&quot;; &quot;Safe Food Labeling Act&quot; and now this futuristic sounding liberty denier that would allow these liability exempt poison profiteers to ram even more of their filth into our bodies. Want to give me a shot? Come well heeled, my friend.

C us fail
Posted: 7/22/2015 11:10:42 PM
this is a travesty that corporations have complete control over our government!end super packs, end lobbyism, create a set budget for campaigns or lose all our rights to puppet politicians!

Linda
Posted: 7/23/2015 10:22:31 AM
This is scary scary stuff. The government is now just an extension of the drug industry. It's a &quot;free for all&quot;. The millions of babies and little children that have severe damage from these drugs will skyrocket and there are strategies being put in place as we speak on ways to hide them from the public. Invent new diseases, change names, silence them, neutralize them as stated in their own emails (Vioxx, class action lawsuit, Australia). This is a full assault on their own citizens. Parents forced to take all their new children to be shot with these numerous experimental drugs from the first day of life to the last. The billions of $ in advertising, threats, fraud, and bribes have paid off.

Liliana Cunha
Posted: 7/23/2015 11:00:15 AM
I prefer to make health decisions with my doctor, not the Congress. Proper safety testing must be mandatory and Congress should stay out of my health care decisions. The corruption in this government is astounding. Bad food, bad medicine and bad government - how do you people sleep. This is the best government money can buy.

cody
Posted: 7/30/2015 12:54:39 PM
I really like this article but I am annoyed that the in-text citation numbers do not take you to the information were it came from when clicked on. I would like to know where the information came from before I share this with someone. Also, at the end of the paper you should have the references listed for the reader to use. Hi Cody, glad you liked it. Barbara works hard to insure accuracy and validity and has all the references at the bottom of the article see: Stand up for your right to know and freedom to choose. It’s your health. Your family. Your choice. Click to View and Access References When you click that all 106 linked references will appear. Your health. Your family. Your choice.

Jim Schmechel
Posted: 8/6/2015 5:01:57 PM
I appreciate the article, thank you so much for making us aware. I really like how you reference everything. I believe I am being called to be more of an activist on this issue. I'm not sure exactly how to best help. If some of you have ideas of what someone with free time could do to help, please post some comments for me. Thank you! Editors Note: Hi Jim! Please go to www.NVIC.ORG and hit the volunteer now button on the top of the homepage. Your health. Your family. Your choice. 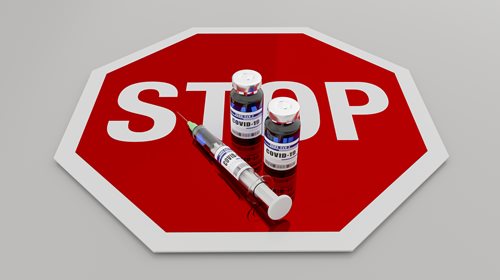 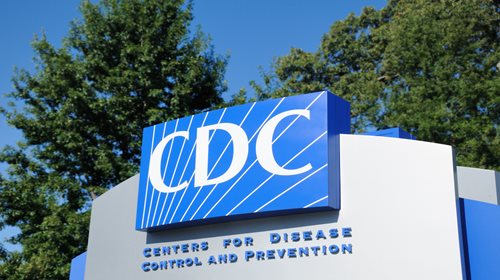 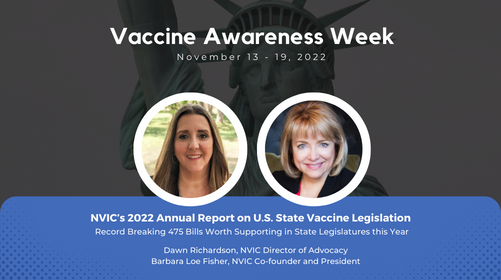